Not all religions are the same!

Some say Christianity teaches war. Others claim that Islam means peace. Then there are people who claim that the Jews are to blame for everything. There are many allegations. One of the most lazy and stupid statements, however, is the notion that all religions are essentially the same.

Of course, there are similarities among the religions. Religions, for example, are by definition not moderate. They are always radical because they are a manifestation of faith in an almighty God. That can’t be moderate! But, there are also significant differences between religions.

For example, it is undisputed that Mohamed, unlike Jesus, killed a lot of people. Mohamed was a soldier by profession and a committed military leader until the end of his life! Jesus was a hippie who hung out with whores, sinners and drinkers and enjoyed drinking wine. Mohamed did not drink alcohol. Two people can’t be more different and have clearly different objectives.

There are also differences between Judaism and Islam. One only has to translate the words „Islam“ and „Israel“. Islam signifies submission to God and Israel means to struggle with God. These are two completely different relationships with God, and above all, two very different images of humankind in matters of emancipation.

There are also differences between the Koran and the Gospel. The Gospel is a conglomeration of various authors, of whom we don’t know much about. The Koran, however, has a single author with his own clear intention.

Although there is the common ground that Mohamed, like Jesus, firmly believed in God, Mohamed declared that in the name of the one God one must fight against the enemies because it is pleasing to God, but Jesus declared that all struggle in this world is idle because God punishes the wicked in the hereafter and therefore one can also turn the other cheek here on earth. Jesus concluded from a firm belief in God that there should be no violence, Mohammed thought the opposite!

In the Gospel it is written in Matthew 5:

„If anyone slaps you on the right cheek, turn to them the other cheek also“

In the Koran it is written in Sura 5:

„Indeed, the penalty for those who wage war against Allah and His Messenger and strive upon earth [to cause] corruption is none but that they be killed or crucified or that their hands and feet be cut off from opposite sides or that they be exiled from the land.“

„I could say that the IS terrorists have misunderstood and misinterpreted Mohammed if one could conclude from the authentic sources and texts that Muhammad had been a monk who had proclaimed his message under a palm tree, then died peacefully, and then his disciples founded a religion after his death, which was then abused. But that’s not how it happened. Mohammed was a warlord, he did the same things that the IS-terrorists do today.

It’s the mindset of Muhammad, his distrust of people, which has survived until today. The mindset of a megalomaniac narcissist that defines an inner circle of followers and all those who are outside this circle, who are seen as enemies that must be exterminated. The IS is the legitimate child of Mohammed, in word and in deed. Nobody understands Mohammed as well as the IS. Just like the religious police in Saudi Arabia, the fanatics in Indonesia, Boko Haram in Nigeria, al-Shabab in Somalia and the Hamas in the Gaza Strip. They come from different cultural contexts, but all rely on the same multiple diseases of the Prophet and thus his religion.“

Margot Käßmann explained her views in an interview with Bild am Sonntag:

„Jesus left behind a challenge: Love your enemies! Pray for those who persecute you! Terrorists who think that people may kill in the name of God is an enormous provocation. We should try to respond to the terrorists with prayers and love. Yes, such an attitude will be laughed at and represent an enormous challenge for many. Because it is contrary to the human instinct of retaliation. But, to not respond to hatred with hatred is a challenge. I would rather respond: You are the ones full of fear! You fear our freedom – the freedoms enjoyed by women, by homosexuals. We should express our joy and pride in that we can live as we please. We should now all the more go out into the streets, dance, sit in the cafés and not cancel football matches. That’s how we show the terrorists: we will not let you scare us! We won’t let our freedoms be taken.“

Let me put it this way: Mohamed left behind a slightly different challenge. 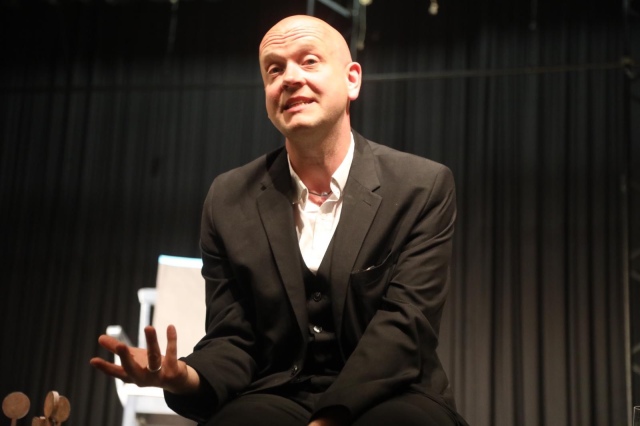